19 DECEMBER – THE DAY AFTER

Play 19 December – the Day After is a theatrical triptych composed of the following drama plays:

The play composed of these 3 stories was performed in the factory 19 December in Podgorica.

“The idea of Peter Brook that all that a play needs is a man who walks across an empty space whilst someone else is watching him creates the possibility of affirming various extra-institutional spaces and involvement of their symbolic potential into the play itself. Thus a factory with a history of being the part of the old socialist system becomes a symbol which substantially defines the interpretation of the play performed in it. Alteration of social systems does not emerge out of nowhere, eliminating residues of the previous system. We continue to live in the residues of the world created by
our fathers and that world may have made us what we are today.

Pursuing the radical severance, a new man disregards what is deemed the universal value, and the main principle becomes mere surviving, i.e. “coping” in the chaotic, decentralized world. Narcissism and depression – two notions often deemed as dominate attributes of modern society in contemporary psychology- emerge in such settings. Have factories of our fathers created this world or it has created itself, in the hectic need to destroy everything pre-existing? Whether 19 December was the symbol of liberation, why would it matter to us now? What sort of freedom does a modern man search for and what is released from his inner world? Our modern drama continues to be played behind the curtains of the old system.

For such sensitive issues the invisibility of distance between the audience and the actor is essential. The viewer must sense the smell, hear the echo, feel discomfort of the space, as delineated in Artaud’s idea of affecting all senses. The ambient play makes borders of our world more real – borders which we tend to ignore in our everyday routine. Therefore, inspired by Grotowski, the viewer should be involved in the play. That kind of theater is deprived of redundancies, in which the actor and the text are the backbone of the play. Alternative theater implies a more direct, provocative and uncompromised interpretation of modern themes than in the mainstream theater. It is the alternative not only in the manner of performance, but in the approach to a certain theme as well.” 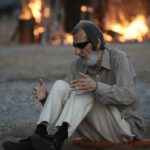